The Solo Maitre Coq will mark the start of the Figaro 3 season this year with 30 figarists eager for the battle ahead following three months of delay due to confinement. This will be Phil Sharp’s first official race in this foiling one-design class, and with 10 skippers capable of winning, there will be no room for complacency. 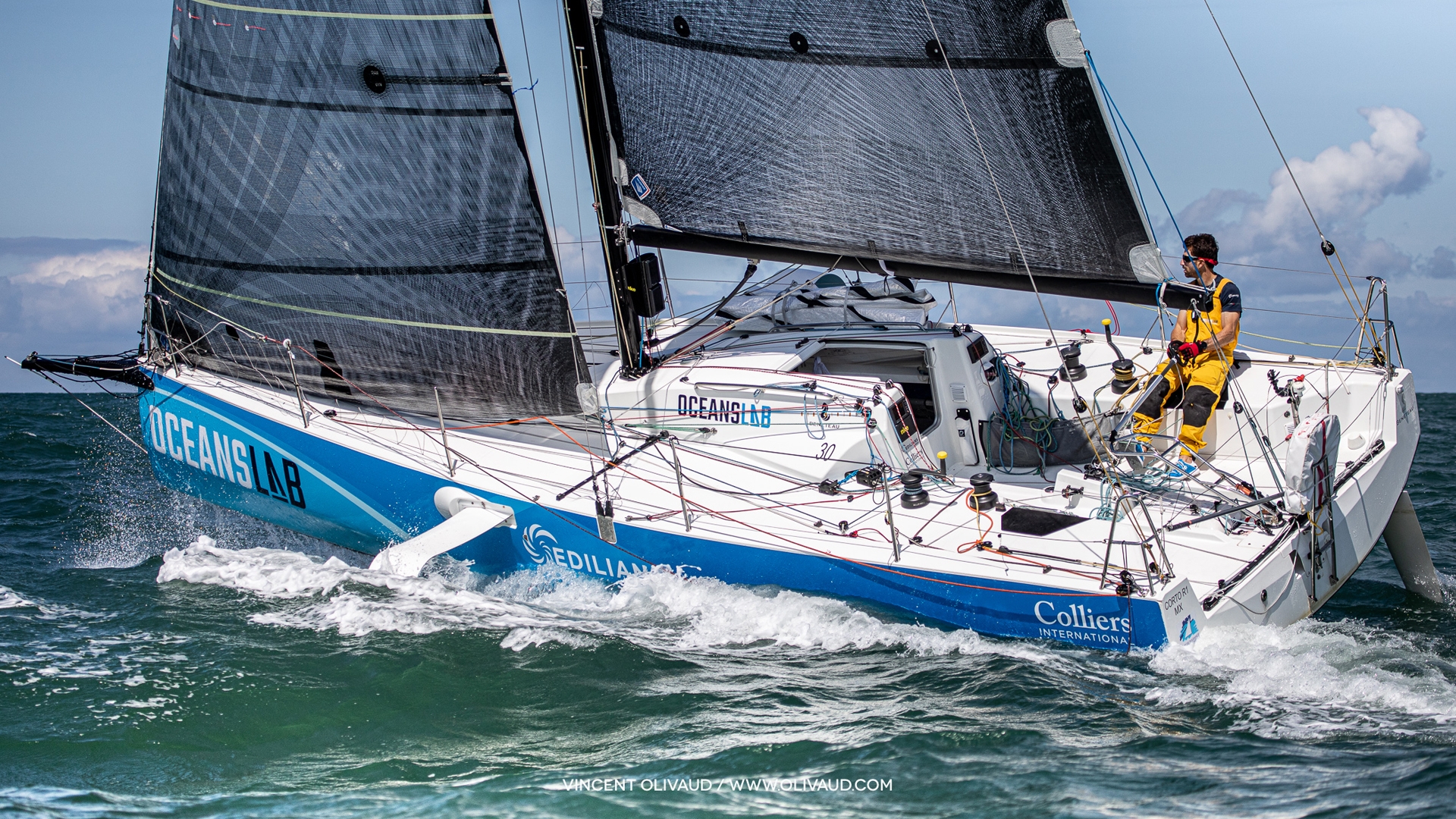 Starting off from Les Sables d’Olonne the course will take the skippers on a 340 mile solo journey around Belle-île, Île d’Yeu and Île de Ré: a life-size rehearsal of the circuit’s pinnacle event, the Solitaire du Figaro, of which Sharp hopes to compete in this September. But first he must learn how to think like a figarist, “I am used to long ocean races with long-term strategies. This circuit is based on shorter, more intense coastal courses where fleet tactics, land effects and tides come heavily into play”, commented Sharp.

The forecast for the two-night course shows light and variable winds, of which tactical choices and shifty conditions will no doubt intensify this challenging race.

A sailor who has never been afraid of pushing his limits, proven by his accumulation of 25 podiums in offshore races, three World Sailing Speed Records and two Class 40 Championship trophies. “The boat is still fairly new to me and I still have a lot of work to do on performance optimisation and speeding up manoeuvres, which all comes down to time on the water. Every opportunity to train and race will add to my development and give me the tools and experience I need to tackle difficult situations ahead”, continued Sharp.

This year competition is high for Sharp. Not only will he be pitting himself against a pool of multiple Figaro du Solitaire veterans including Yann Eliès, Xavier Macaire, and Vendée Globe winner Armel Le Cléac’h, he will also be competing against previous Class 40 teammates Adrien Hardy, Corentin Douguet, and Robin Marais.

“It is fantastic that the season is about to kick off after the recent delays and uncertainty, and I now feel hungrier than ever to get racing. With such strong competition, I will be happy with a top-half finish in what will be my first Figaro race in 6 years. Regardless, it will be a great learning opportunity for me, benchmarking myself against some of the best in solo offshore racing”, commented Sharp.

Sharp will race under the colours of his OceansLab project, launched at the end of last year with the aim of accelerating clean innovations in the maritime sector by reducing emissions and improving the health of the oceans. The Lab is close to completion of a marinised hydrogen fuel-cell that can help decarbonise the maritime sector.

His Figaro 3 uniquely uses a 100% biocide-free antifouling. The innovation consists of a silicone-based protective film bonded to the hull of the boat to preserve performance offering an optimal antifouling solution. 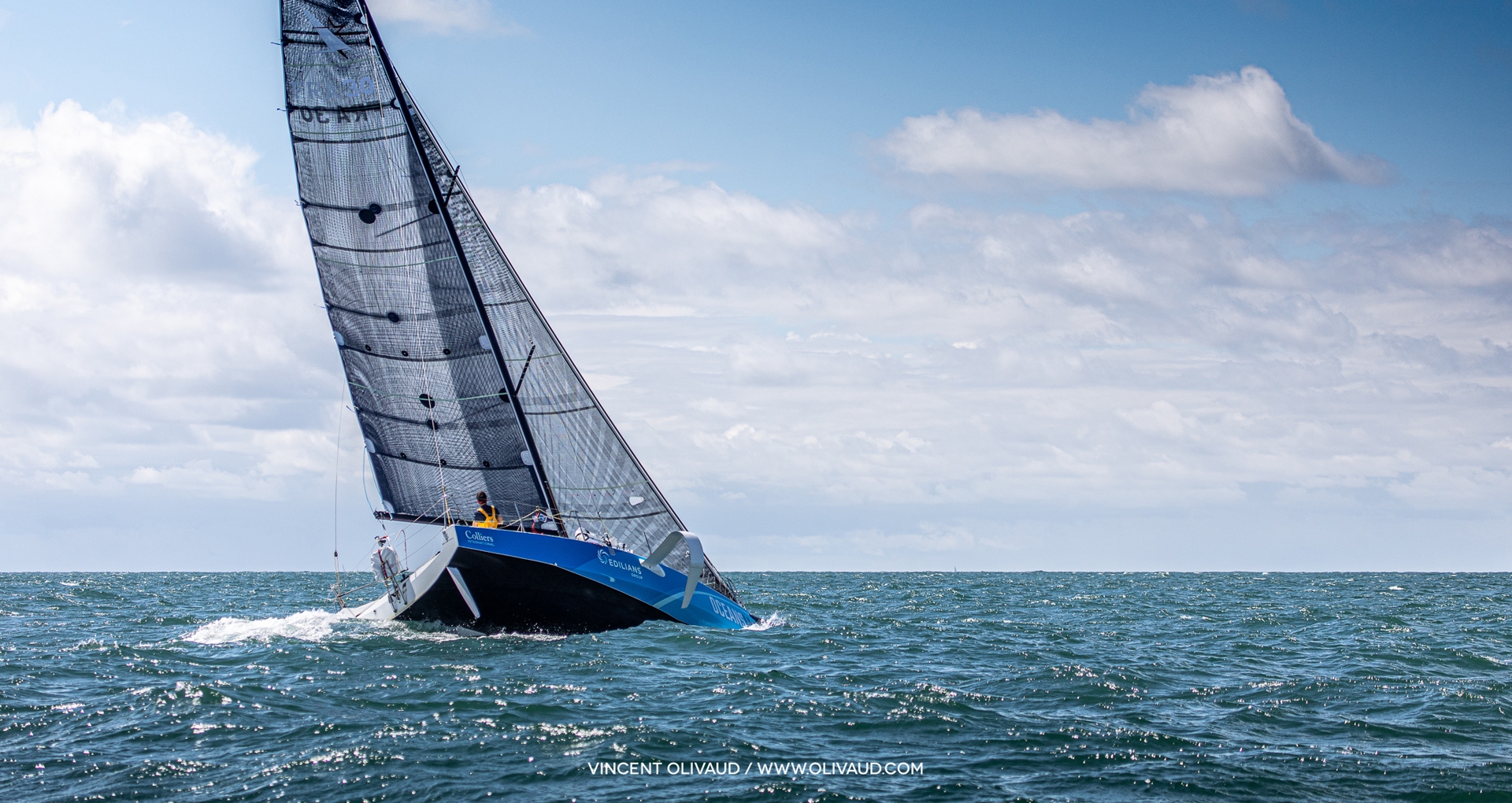 Follow Sharp’s journey this month as he makes a return to Class Figaro in his first event the Solo Maitre Coq.