Last Saturday the Solitaire du Figaro was drawn to an early close with the cancellation of the final stage due to forecast light winds. After finishing in positions 26th, 16th and finally in 11th over the three stages, Phil Sharp completes La Solitaire du Figaro with a total elapsed time of 10 days, 4 hours, and 8 minutes, just 2 hours and 41 minutes behind first place, overall ranking him 13th out of 35 competitors. 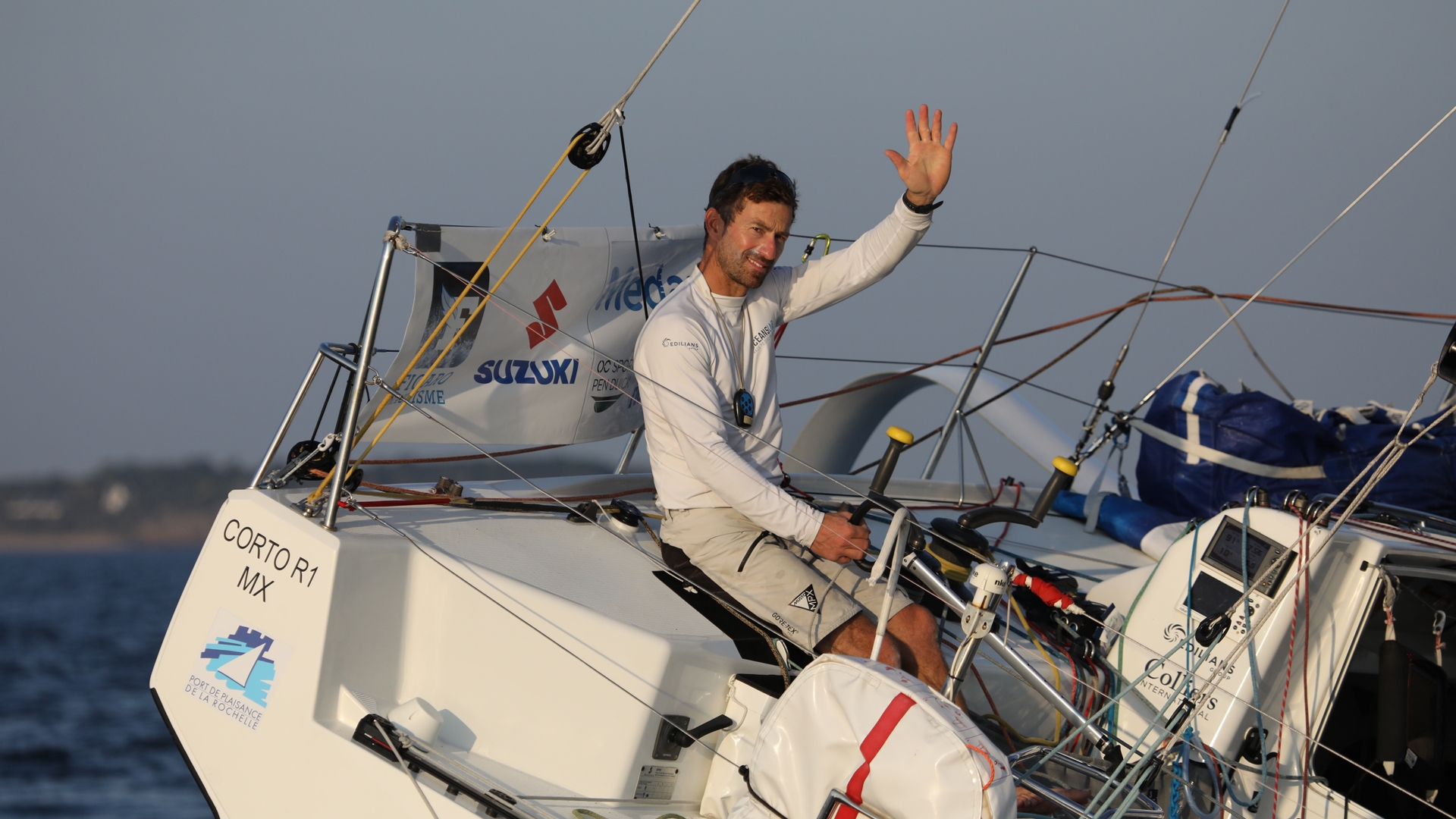 Unable to fight for Sharp’s original objective of a top-10 result, he leaves the event with unfinished business, but also a great sense of satisfaction having progressed well with each stage climbing up the ranking.

“I entered the Figaro circuit because I knew that racing in this elite class with such small margins would be a significant development opportunity and the ultimate training platform for tactics and boat speed. Going head-to-head against some of the world’s best solo sailors who have lived and breathed this circuit for years was always going to be a steep learning curve so I’m very pleased to have finished well into the top half of the fleet.

“Having raced mainly across oceans I am much more equipped to manage good speeds in strong winds, and so one big test was racing in the light conditions that this event presented. In fact, there were strong winds in the beginning of stage 3 where I held the lead out of Dunkirk for the first day, before getting caught in a light wind transition zone”, Sharp commented.

An event that pushes skipper endurance and competitive spirit to the limit by challenging sailors to stay focussed and positive through setbacks. In particular, this 51st edition of La Solitaire du Figaro tested skippers with light and unstable winds leaving some boats adrift as competitors sailed past just 10s of metres away. Identifying fast tactical opportunities and keeping a close eye on competition was key to recovery.

“A memorable highlight for me was fighting back from 20th up to 10th place on the third night of stage 3 by heading inshore to escape the tide. It was dark and quite eerie passing through the towering shadows of rocks, and at this point the boat suddenly grounded to a halt. My heart skipped a beat in the thought that I had hit a sandbank, but I had actually sailed into an enormous patch of seaweed”, Sharp continued.

Seaweed was reported by the race director to be a significant problem in the third stage with over 250 motor reverse requests in just 24 hours.

“Clearing seaweed is just another factor that we have to manage out there, which can dramatically reduce boat speed. This, along with managing sleep deprivation is all part of the challenge of Figaro sailing. Aiming to race at 100% 24 hours a day is incredibly demanding and so taking several 15-20 minute naps over a 24 hour cycle is crucial.

“The relentless pace, uncertainty, and the fatigue of the Solitaire takes you well outside of your comfort zone, stretching your limits further than you could have imagined. This is where the real satisfaction comes from and it reminds me why I race offshore and why I am so excited to develop the next big challenge.

“Would I compete in the Solitaire again? I certainly have unfinished business, but my passion for oceanic adventure and stepping into the IMOCA 60 circuit remains to be the priority with the objective to compete in the 2022 The Ocean Race and the 2024 Vendée Globe”, Commented Sharp.

The OceansLab team would like to take this opportunity to thank all partners and supporters that have enabled participation in the Figaro circuit this year, which ends on a high note and looks ahead to new and exciting adventures.