La Solitaire du Figaro is a single-handed 1,830 nautical mile race over four stages, taking just under a month to complete. On the 30th of August this 51st edition will start in the bay of Saint-Brieuc and include several crossings of the English Channel passing key landmarks; Fastnet Rock and Wolf Rock, a stopover in Dunkirk, and finishing in Saint-Nazaire on the 19th of September.

OceansLab skipper Phil Sharp will be one of 35 solo skippers to contest in this notoriously competitive race challenged by shipping lanes, sandbanks, rocks and tidal currents. Achieving a good result in this race class, aboard a Figaro 3 (32 ft) one-design boat, means little sleep and close finishes with just minutes, sometime seconds apart.

“The Solitaire is without a doubt the most competitive solo offshore race. The high standard of sailors in this one-design boat means that you have to push yourself right to your limits to try and secure even the smallest of advantage”, Sharp commented.

The intensity of the racing is widely recognised and reported by French national heroes and Vendée Globe winners Michel Desjoyeaux and Alain Gautier as the hardest race in the world.

This will be Sharp’s second entry after racing aboard a Figaro 2 in the 2011 edition, where he finished as 3rd rookie on an adjusted 18th position overall.

“I am both apprehensive and excited returning to this demanding and tactical event. Looking back on my experience nine years ago, minimising errors under good sleep management will be key. With four coastal stages and a couple of rest days in-between, it is much harder to find a rhythm than an Atlantic race, and the compounded fatigue increases with every stage,” added Sharp.

This week Sharp will join a fleet of 32 skippers to compete in the final warmup race ahead of La Solitaire du Figaro in the 44th edition of the Solo Guy Cotton. This return race from Concarneau around the islands of north Biscay will start on Thursday at 15:00 CEST and is expected to finish on Saturday.

This follows on from June’s Solo Maitre Coq race, where on the final windy leg under spinnaker, the boat repeatedly spun out of control; the root cause of the problem has since been identified as faulty rudders.

“The Solo Guy Cotton is the final opportunity to benchmark myself against the fleet ahead of the Solitaire pinnacle event. Since the last race we have made some performance improvements, which should hopefully improve both reaching and downwind speeds. In particular, since the steering problems I experienced in the Solo Maitre Coq, both rudders have been replaced after discovering that neither were straight!” continued Sharp. 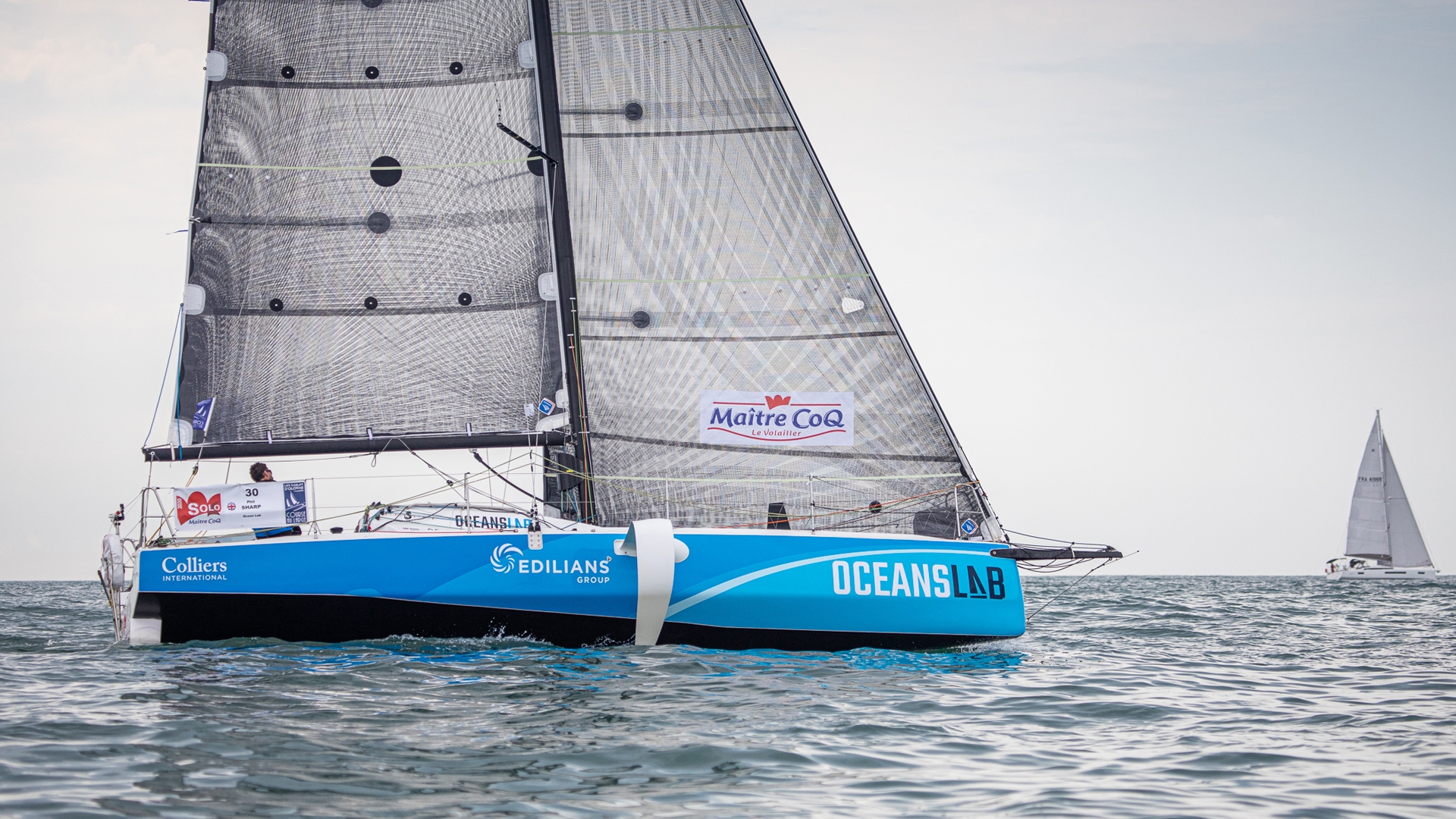 Follow Sharp’s journey this month as he makes a return to Class Figaro in his second event the Solo Guy Cotton Concarneau.